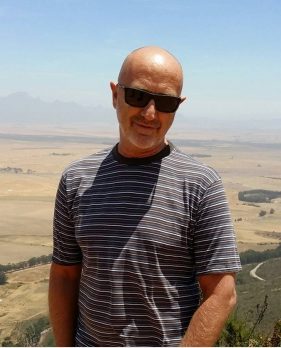 The initiation processes we experience throughout life are normally etched in our memory as milestones: sometimes pleasant, sometimes painful.

Like pieces in a puzzle, Meyer highlights specific initiation processes and rituals in the lives of young boys and men which find expression later on in life: life on the playground, military service or simple acceptance within a new circle of friends. It is a process that is both welcoming and unsettling in its departure from comfort zones.

In contrast to the notion of transitional processes as a necessary part of life, Meyer’s body of work highlights the tension between youthful innocence – individuality even – and the brutal transition towards a uniform group identity. One cannot help but lament the loss of innocence that is suffered during each ritual; like youthful feet being forced into rigid wooden clogs to impose uniformity.

Meyer’s work is however not entirely a tale of social suppression. He sits comfortably with the fact that individuals form part of groups, and that transitional phases such as “religious christening and catechism, the shaping of a toddler to become a scholar, the initiation of a child into adulthood, first sexual encounters, marriage, even student initiations all signify processes towards membership of a new subculture, gang, group or organization”.

Meyer’s new offering is further characterized by an interesting and significant shift in form. After years of exploring patterns and abstraction, he recently changed direction in pursuit of small monotone and almost photorealistic figure studies. Detail is minimal, backgrounds dissolve into blurred layers of colour without compromising the photographic character of the immediately recognizable but hard to distinguish figures and compositions, which are little more than hazy shapes and features; an approach that works well with Meyer’s focus on loss of individuality.

Meyer’s play between detail and simplicity, brush stroke and camera lens colours his works – which often draw inspiration from photographic images from a bygone era – with a strong contemporary character. The use of these images as key reference is reminiscent of the visual language of the contemporary art produced by the so-called Cluj school of Romania; a movement which has been exhilarating the art world since the late eighties. He attributes his inspiration to contemporary Cluj heavyweight Adrian Ghenie but does not fail to mention the influence of Norwegian master Edvard Munch (1863-1944), who had to endure years’ of criticism about his work appearing incomplete at a time when it was not yet considered the viewer’s responsibility to complete a painting with his own story.

Currently resident in Porterville, his works are often mounted at exhibitions throughout the country and form part of the collections of Hollard, Rand Merchant Bank, Sasol and Didata amongst others.