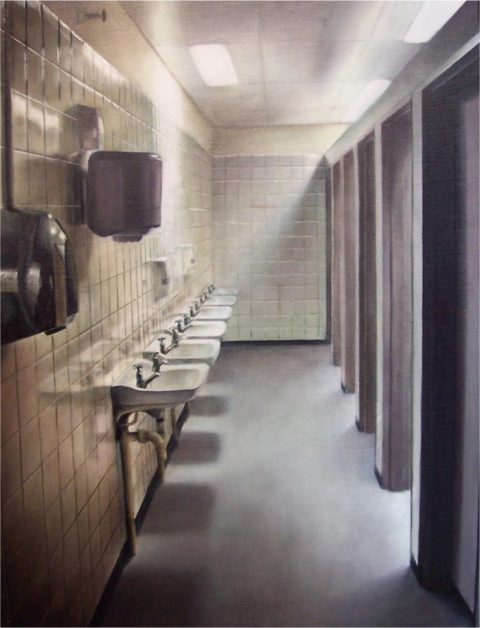 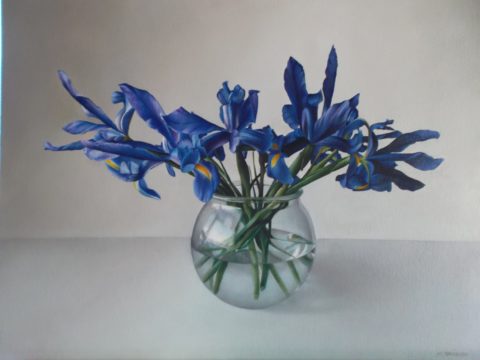 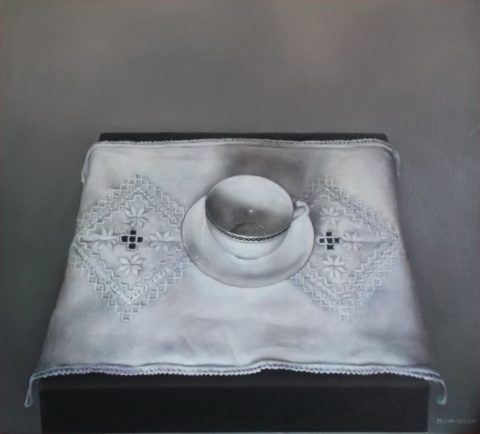 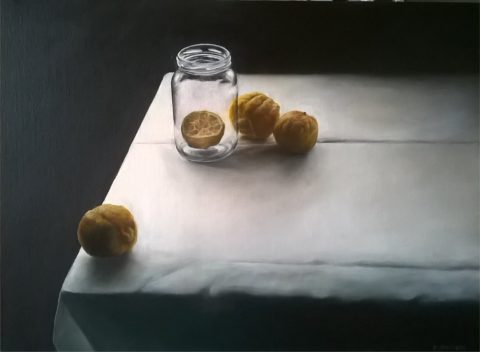 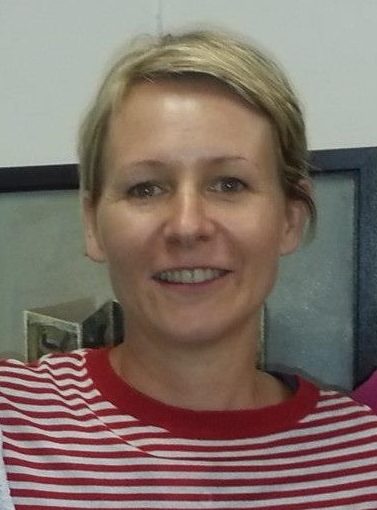 Michele was born and grew up in Cape Town.  She studied BA Fine Arts at the University of Stellenbosch which she completed in 1999 with a distinction in painting.  In 2004 she completed her Masters degree in Community Development focusing on the use of visual art for development.  Michele is a mom and teaches part time she has had several group and solo exhibitions and her work can be found in private and public collections

Although her subject matter varies, Light plays a pivotal role in all Michele’s paintings.

In 1998 Michele interrupted her studies to travel in Europe, England and the USA. It was at a particular bathroom in Sloan Square, London where she received her inspiration.  She credits her experiences there as the seed from which an entire series of ‘atmospheres’ has grown.   .

The space, light and mood of the interior spaces that followed her time in London, resonate the ambiances and chiaroscuro of the European Renaissance.  In her Still lives the background becomes just as important as the object due to the play of light and shadow around the object. The simplicity of the objects and their chiaroscuro-ed tones creating a mystical mood.

Realism plays a dual function in Michele’s paintings.  She is just as committed to the depiction of the subject as she is to the formal elements of art and mark making.  For Michele a work of art is a construction of concrete elements of form and colour which become expressive in the process of synthesis or arrangement, the form of the artwork is in itself the content, and whatever expressiveness there is in the work of art originates with the form. (Read H 1991.  A concise History of Modern Painting.)

Michele pays careful attention to the formal characteristics of her art work.  She often crops the images and paints from various awkward angles.  Diagonals cut through the surface, dissecting the space, while in other works the whole subject matter is not always included.  The painting is therefore not just what it depicts. True Realism for Michele is when “the artist respects the surface of the painting as well as the subject they are painting. One should not sacrifice the one for the other”.  Michele works in oils because it lends itself to mark making.  “You can thicken your paint in areas to add texture and emphasise brush stroke.  In so doing one can enjoy the painting as a painting not just for the subject that it depicts.”